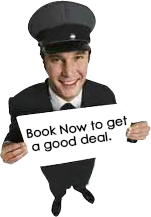 New Delhi is not only distinguished as holding the status of India's capital but has a rich history of having been the seat of power of many great Empires from that of the the ..... to the British. This rich history has left it with a legacy of beautiful monuments belonging to various historical periods and influenced by different architectural styles and idioms. From the Tughlakabad fort to Jama Masjid the streets of Delhi hold a treasure trove of historical monuments. The many layered history of the city also offers the observant and interested tourist a beautiful blend of the architecture of these various epochs.